Dr Barnouti In the Media 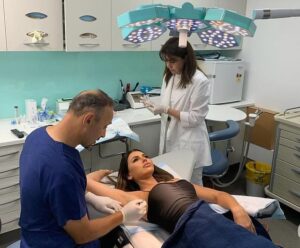 The technology is a non-invasive and non-surgical procedure that provides permanent underarm sweat and odour reduction.

Kiki, who starred on last year’s season of Bachelor in Paradise, acknowledged she was ‘quite familiar with needles’, but insisted she was now comfortable in her own skin.

In addition to plastic surgery, she is also a fan of cosmetic injectables, including Botox and dermal filler. 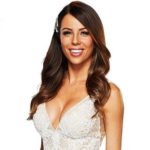 A never-before-seen throwback picture of the intruder bride has been unearthed, revealing that the 31-year-old dancer once sported a very different look.

Leading Sydney plastic surgeon Dr Laith Barnouti told New Idea that she had likely spent a lot of time and money – in the region of $20,000 – in order to achieve her stunning looks.  Read More 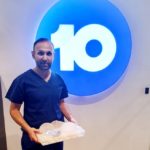 A NSW mother is glad she chose to have her breast implants removed, weeks before the country’s medical device watchdog announced a proposed ban on some textured implants because of the links to a rare cancer. Read more 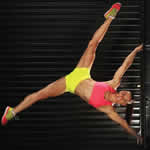 Specialist plastic surgeon Dr Laith Barnouti told The Daily Telegraph he had carried out many abdominal etchings, and found people who had the procedure were so motivated by their six-pack that they exercised more and ate better to enhance the look. Read more 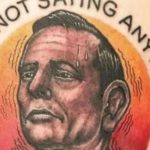 A SYDNEY based surgeon has called for a drunk tattoos ban as he is fed up of removing them. Dr Laith Barnouti demanded customers be sober, clear-minded and consenting. He said drunk people are not in the right frame of mind when they first get a tattoo  Read more 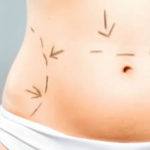 A SYDNEY hospital has banned its surgeons from using Snapchat during surgical procedures, due to fears they could be sued by patients over privacy or negligence issues. Read more

Dr Laith Barnouti recently featured in the well known television program “Embarrassing Bodies Down Under”. He carried out a radical abdominoplasty and liposuction on a patient after her drastic weight lost. Read more

Dr Barnouti was asked to provide his expert opinion in the article “Would you nip overseas for a tuck?” which featured in The New Daily on 12 May 2014. Read more

Dr Barnouti and his team were asked to appear on the Footy Show. They discussed the rise of male plastic surgery and the most popular surgeries which males are asking for. See a copy of the clip here

At 133 kilos, mum of three Fiona didn’t think she had time to lose weight. But then an innocent comment jolted her into action

Standing by my wardrobe, I grabbed a skirt and tried to wriggle into it. Glancing at my reflection in the mirror, I felt like screaming at the person staring back at me.

The skirt, a size-24, didn’t fit me properly. But, sighing at the pile of clothes on the bed, I didn’t have time to find something better….. Read full story here

Selena goes from B to DTD to win back her ex

The petite starlet was grinning from ear to ear when she stepped out in New York last week. But a very revealing top ensured it wasn’t Selena Gomez’s beautiful smile we were looking at all eyes were on her generously proportioned bosom!

Something you’d like to get off your chest, Sel?

With not a bra in sight to suggest a push-up, her larger-than-life breasts have prompted whispers Selena’s taken drastic measures to try and win back her on-off beau Justin Bieber. Read full story here 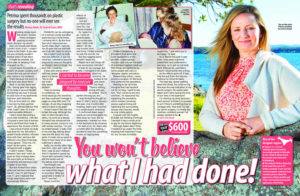 Rise of the designer vagina